It’s strange, really. The USA is famed for the awfulness of its cuisine – second only to Germany and possibly our own dear little isle – but stateside-style diners are by far and away the most popular and talked-about restaurants in town. American imports are making their way onto London’s food scene as though on a conveyor belt, well-greased by Brits’ enthusiasm for food that makes mouths water and arteries go clang. But it can be hard to separate the good from the grim, as I discovered last year when I bit into a leg-shaped piece of searing, pre-frozen fat from an American restaurant in Farringdon, which shall remain nameless. TripAdvisor ratings, usually so reliable, become swamped with rave reviews from basic bitches who believe that a Whopper from Burger King is the last word in fine dining, and everyone else gets sucked into the swirling vortex of mediocrity. (Yes, yes, I know that makes me sounds like a total dick, but you know what I mean.)

That said, there are some excellent places to go if you’re in the mood for something that’ll stick to your ribs. When American food is done well – specifically with high-quality ingredients and by someone who actually understands flavour – it’s a rather magical thing. I’m therefore pleased to report that Joe’s Southern Kitchen Kentish Town is a winner (though I can’t speak for the more touristy JSK in Covent Garden). 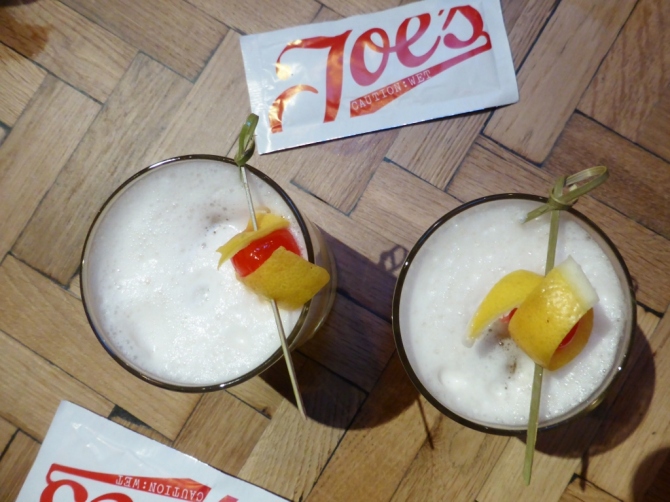 I estimate that 90% of diners at Joe’s over-order (I was at a bloggers’ dinner with Zoe of the Zed Factor, so had no choice!) The Southern-style food  is extremely heavy and rich, and I was full long before I anticipated. The ‘beer can’ chicken is excellent, with thick, flavoursome batter and a notable absence of that under-skin slime that characterises shit fried chicken all over the world. Eat it with fresh waffles and drown in one of Joe’s many condiments, which should be collectively given an Academy Award for best supporting role. Ignore the gravy – it’s a little thin for me – but go to town on the bourbon maple syrup, homemade hot honey sauce and unusually feisty BBQ sauce. 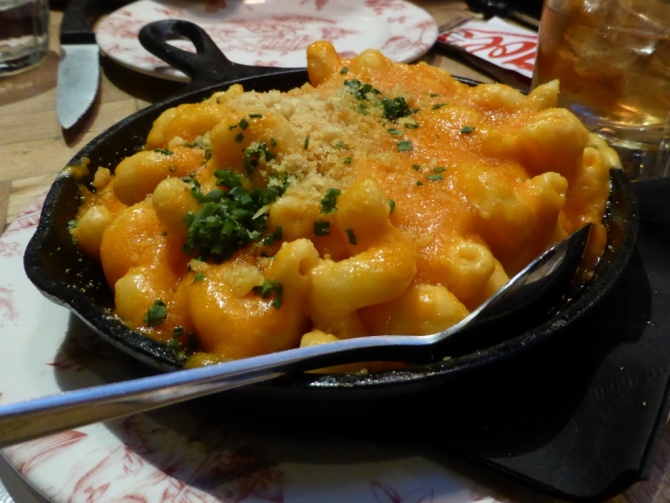 The skin-on fries (£2.95) are solid, and the mac ’n’ four-cheese (£3.95) is delicious too, though too salty and rich not to share. There are a lot of gems lurking on the Small Plates menu, specifically the Deep Fried Short Rib Meat Loaf (£8.95, it comes with a poached egg, and IMO would be a decent main course on its own paired with a side) and my personal favourite, Devilled Eggs (£3.95), a retro classic reinvented with bacon crumbs and chicken skin mayonnaise (which, yes, sounds a bit gross, but you’ll soon get over it). 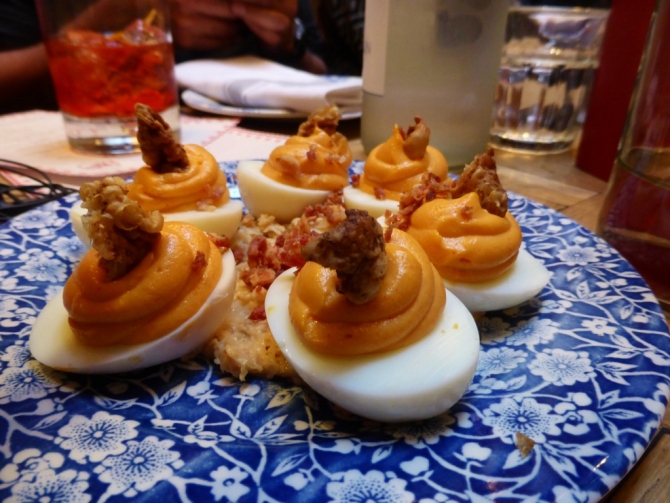 If you still have room for dessert – and if you do I salute you – then ignore the Southern Pecan Pie (£4.00) and the thoroughly underwhelming Iced Honeycomb & Chocolate Parfait Sandwich (£4.00), and focus your attention on the Peanut Butter Fudge Pie with Chantilly Cream (£4.00), a thick, sticky wedge of dense chocolate and salty peanut goo. I don’t even like peanut butter and I had to sit on my hands to not inhale the whole thing. It is The One. (And since when has The One ever cost less than a fiver?)

Of course, despite Herculean levels of restraint I still left stuffed like a goose. Or a chicken, I suppose; a delicious, succulent, free-range, sweet tea-brined, Southern fried chicken. Mmmm.